Today, a global innovation revolution is transforming our lives, driven largely by three critical systems: Infrastructure, workforce and innovation. To survive, Pennsylvania must rapidly accelerate upgrades to these 3 critical systems so its businesses and citizens can compete globally, nationally and locally. AcceleratePA is designed to help speed these system upgrades across Pennsylvania. We must act quickly. We need you to join the Pennsylvania Acceleration Project and help push our regional economies forward. 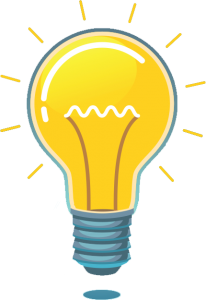 We must attract, retain and retrain a highly-skilled human workforce and the best robotics industry.

We must grow entrepreneurial talent and amass abundant innovation capital.

1. INFRASTRUCTURE: JOBS. While 86% of Americans use the internet, the US is ranked 25th for internet penetration. US eCommerce is $349 Billion, China eCommerce is $563 Billion. 40% of web users will abandon a website if it takes longer than 3 seconds to load. An increase in site speed from 8 to 2 seconds can boost conversion rates by 74%. Stated more bluntly, if a webpage takes 6 seconds to load, 50% of users will drop; and 60% of that 50 % will never return to that site, ever! Broadband matters!

Global broadband prices are dropping 25% per year. Today, America has more than 120 Gigabit Cities, where a one Gigabit internet connection costs $1,000 a year or less. But, the average price for a one Gigabit connection in Pennsylvania exceeds $130,000 a year (2016 and January 2017 price surveys). In other words, every month, Pennsylvania businesses and communities are spending 91% more for much slower broadband, and it’s getting worse.

2. SKILLED-WORKFORCE: JOBS. Pennsylvania is the world’s 25th largest economy and our economic growth requires a rapidly-skilling workforce.Governors Mark Schweiker and Edward Rendell made priority investments that made Pennsylvania the national leader for industry-partnership workforce training. Despite exponentially-increasing skills gaps and a rapidly changing labor market; since 2009 state investment in industry-partnership workforce training has dropped 85% to under $3 million, and community college funding is flat.

1. INFRASTRUCTURE: JOBS. Affordable, high-capacity broadband attracts JOBS. In 2010, Chattanooga launched its fiber network to become the 1st Gigabit City in America, today its 10 GB pricing is the best in the world, $299/month. In the past 5 years, its unemployment rate dropped from 7.8% to 4.1%, with wage growth. Companies like Amazon and Volkswagen selected Chattanooga and then added more Tech jobs than originally planned. Right now, it is increasingly difficult to attract new companies and jobs without affordable, high-capacity broadband.

2. SKILLED-WORKFORCE: JOBS. The benefits of a skilled workforce are significant and measurable, and it affects all areas of an organization from sales and marketing to customer service and support. Benefits include: (A) 16% increase in customer satisfaction among companies using learning technology, (B) Skill levels linked to business value, $70,000 in annual savings and 10% increase in productivity when teams are well trained, (C) 35% reduction in time spent searching for sales content (D) 22% faster rollouts of products and processes, and (E) 75-80% of managers believe effective training is critical to project success.

To accelerate innovation, advanced-broadband and workforce training, we have assembled the most experienced team of innovation, broadband and training leaders in Pennsylvania. Our team members have led some of the most successful and largest broadband and workforce training projects in PA history. By leveraging decades of experiences, we deliver a fine-tuned, flexible, provider-neutral strategy that pushes positive change, transformations and attracts private investment. With the world moving fast, we can’t afford to wait.

With more than 100 employees, Business Information Group (BIG) is one of the largest broadband development firms in the U.S. Nationally, BIG is the sole vendor for design-build-operate initiatives for the nation’s largest broadband company and many other local and regional firms. BIG leader, John Dolmetsch has led projects in Boston, Miami, Chicago, Atlanta and dozens of counties in Pennsylvania. BIG is a national leader in Smart Grid, Public Safety, Health IT and Event/Stadium WiFi applications.

Pocono Record: Need for data has region preparing for upgrade

By Bill Cameron Posted at 10:00 AM  | January 17, 2019 MARSHALLS CREEK — AcceleratePA, the same coalition behind the Monroe Gigabit Project that helped bring higher-speed internet to the Poconos [...]

The public is invited to attend the Kick-Off Meeting for the 2019 Monroe County 5G-Gigabit Project When: January 15, 2019 Where: Hosted by East Stroudsburg University [...]

Contact us with any questions and we will get back to you immediately!